Hypoxic Ischemic Encephalopathy, also known as HIE, is one of the most common brain injuries a child may sustain during the birthing process. Although the name can sound technical and daunting to interpret, an HIE diagnosis simply means that one crucial problem has occurred: The baby’s brain was deprived of oxygen during birth.

At Cullan & Cullan, our birth injury team is committed to helping Phoenix families who have been negatively impacted by an HIE diagnosis. Many serious medical conditions can result from a lack of oxygen during birth, and more than 25% of the children that survive this kind of injury will suffer from brain damage. In this special post, we’ll be discussing the most common causes for this condition – and how you can seek compensation if you’ve suffered losses. 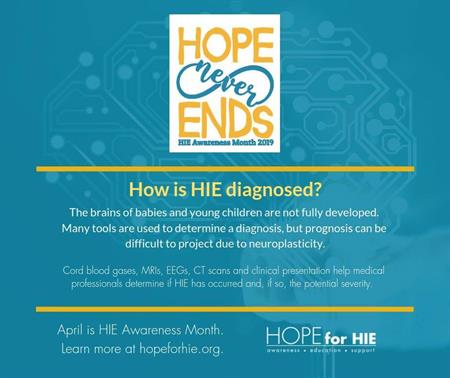 From uterine rupture to high maternal blood pressure, there are dozens of possible ways that a baby can sustain HIE-related brain injuries, both in the uterus and during childbirth itself. “Hypoxia” is the medical term for insufficient levels of oxygen, and if left untreated, HIE can rapidly progress into birth asphyxia and suffocation. Because of the wide degree of variability involved with an HIE injury, there are also many types of disorders and medical conditions that can result.

In general, the most common causes for HIE are the following:

Almost 3 out of every 1,000 full-term births in developed countries involve some form of HIE injury. According to one study performed in 2011, up to 60% of all infants affected by HIE either die within the first 2 years or develop cerebral palsy and other serious disabilities. Because oxygen deprivation is a near-constant risk during some pregnancies, doctors should serve as the first line of defense against this condition, by carefully monitoring both the mother and the baby for signs of oxygen loss.

In spite of the prevalence of HIE, many people are unfamiliar with this condition, and how deeply it impacts children and families across the world. To boost awareness and challenge some of the biggest HIE myths, the Hope for HIE organization is hosting “Hope Never Ends,” a global campaign conducted on social media and within local communities. Hope for HIE also offers resources, tools, and outreach groups for affected parents to find support and peace of mind.

Want to get involved with the Hope Never Ends campaign? Read more about the campaign to get started.

No matter how your baby acquired an HIE injury, the long-term results can be devastating. From motor and movement disorders to epilepsy and sensory disorders, it can take years of medical treatment and costly therapy to ensure that your child has a relatively normal life. At Cullan & Cullan, we want to help you get the recovery you need after Hypoxic Ischemic Encephalopathy occurs. If you’re not exactly sure what went wrong during the birthing process, our doctor lawyers can review your case and provide the skilled legal counsel you need.